University of Grants Commission (UGC), New Delhi, has given approval to 34 blacklisted deemed universities which were previously blacklisted. It has asked them to start functioning again. In 2009, the central government had blacklisted 44 deemed universities across the nation, 34 of which have got an approval from UGC now.
Out of the remaining Universities, 7-8 have been blacklisted due to inadequate infrastructure facilities. UGC has created a committee headed by vice chairman H Devraj that has prepared the list. The Human Resource Development (HRD) Ministry will be sending a show-cause notice to these universities before de-notification.

Many Universities are opening every month everywhere in India providing Distance Education and creating confusion in students “s minds that this University is fake or genuine.
Uttar Pradesh 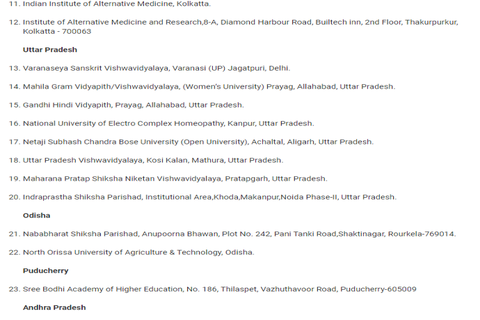