The prestigious Andhra University in Visakhapatnam is among the six universities, under the UGC scanner for alleged ‘sale’ of fake degrees.
Experts in the city are of the view that a considerable number of doctorates teaching in city engineering colleges are from Andhra University and Sunrise University, most likely with bogus degrees, particularly PhDs. The University Grants Commission of India (UGC India) is a statutory body set up by the Indian Union government in accordance to the UGC Act 1956 under Ministry of Human Resource Development, and is charged with coordination, determination and maintenance of standards of higher education.
Last year, the UGC apart from the above-listed Institute had also put the following institution in its Fake Universities list: 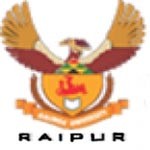