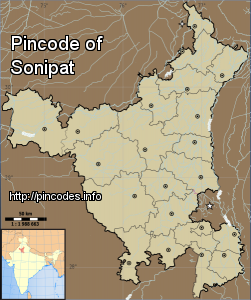 Translate this page:
According to legend, Sonipat was earlier known as Sonprastha, which later on became ‘Svarnaprastha’ (स्वर्णप्रस्थ, lit. golden city). Later, the name Svarnaprastha changed into Svarnpath, and then to its current form, Sonipat/Sonepat.

“Teachers and school administration officials arrived and saved my son. They caught hold of the student who opened fire and handed him over to police with the weapon,” said Vinod Bhati, the victim’s father, in his police complaint, the report added.

#WATCH: One classmate shoots another inside a classroom of ITI Sonipat. Police says investigation is underway. #Haryana. pic.twitter.com/EW5tPnm2Vk

The various Indian states were given approval by the Government of India to conduct vocational programs as per the Craftsmen Scheme of the 1950s. As such, the Industrial Training Institutes (ITIs) and Industrial Training Centers (ITCs) were constituted in the different districts of the varied states in India. After completion of the vocational programs of the ITIs and ITCs, students can gain employment in industries under the stipulated trades.
The trade courses impart basic skills training in the chosen trades, following which the individuals can work as operators or craftsmen. The technical training centers offer training in a series of technical trades. Aspiring candidates can apply for trades such as Machinist, Plumber, Fitter, Electrician, Carpenter, among others. Besides, qualified persons can start their own business, depending on the trades they are specialized in.

“A CCTV footage purportedly shows two boys approaching the victim from behind, who was chatting with other students in the classroom. One of the two boys then took out a pistol from his bag and shot the victim in the back,” the DSP said.
“The victim was rushed to a hospital at Sonipat from where he was referred to PGIMS at Rohtak where he is undergoing treatment,” the DSP said.