Let us have a look at some of the important details of online admission ITI Haryana before heading towards the other information.
ITI Haryana Admissions 2020: ITI Haryana 2020 enrollment has begun on 2nd August 2020. Department of Industrial Training (DIT), Haryana will be establishing a committee to plan and manage the admission process for the eligible candidates, to get admissions in ITI courses offered by the Government of Haryana. 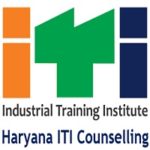 The candidates who will qualify will be able to attend the further process which is counselling. Given Information is based on last year, as the conducting body will release the latest information we will update it here. The candidates need to go through counselling process to take admission to CTS courses. There are multiple rounds of the counselling. Counselling will be called on the basis of the merit list. Before counselling process merit list will be issued by the conducting body on its official website.
Education Qualification: It varies from course to course. Some courses require you to be class 10th passed while others require you to be class 12th passed. Candidates can check the detailed eligibility from the below: