4. Select “Edit” under the section you wish to update and follow the instructions.
To search for a specific transaction, please select the ‘Search’ option above your transaction list. This function can only be used for your most recent transactions. 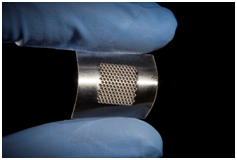 Suspension culture
Due to their localization, perivascular cells have been early “hot” candidates for being necessary to maintain HSC homeostasis. Within this population, the best studied cell types are the mesenchymal stromal cells and the C-X-C-motif-chemokine ligand-12 (CXCL-12) abundant reticular cells (CAR), although the latter have been proposed to be a subpopulation of MSCs. 40 The cells are responsible for the retention in the bone marrow, 42,45 the direct supply of soluble and non-soluble factors, 42,44 their capacity to differentiate into other niche cell types such as osteoblasts, adipocytes and chondrocytes, 44-46 as well as the maintenance of HSC quiescence. 47 Some of the functions have been associated to markers such as CD146, 48 CXCL-12, SCF, 43,45,46 platelet derived growth factor receptor (PDGFR)-α and –β 44,49 and Sca-1, 50 stem cell factor (SCF), 43 and CD51. 51,30 Meanwhile, it seems to be clear that mesenchymal stromal cells are the key players among the non-hematopoietic cells in the niche.

The 2016 wave of the Health System Characteristics Survey has been designed following three guiding principles:

The 2018 data collection, following the same principles, has been made in cooperation with the InterAmerican Development Bank.
Please note that when the user creates a table, active filters are shown in bold. After a selection is made in one filter, the other filters automatically display only elements where data are available in bold. The data can be displayed online or downloaded in an excel format file. If there is any inconsistency in the results shown, the user could inform the OECD Secretariat by sending a message at the following address: [email protected] To examine whether the output CD34 + progenitors are functional, we subjected these cells to in vitro functional assays (CFU and LTC-IC). This showed that the 3D-HSCs indeed contained a significantly high number of CFU and LTC-IC units in them (Online Supplementary Figure 1J and K ) confirming that the 3D-cultures contain a significantly high number of functional primitive progenitors.
The authors would like to thank Drs. Shirish Yande, RL Marathe, Prakash Daithankar and Dilip Ghaisas for clinical samples. We would also like to thank Ashwini Atre for image acquisition on confocal microscope, and Hemangini, Pratibha and Swapnil for sample acquisition on flow cytometers. The authors wish to thank the anonymous reviewers for their critical review of the manuscript.