The authority has divided the districts of Haryana into four divisions or zones except Gurugram. [7]
HUDA was established in 1977 as a statutory body of the government in 1977 under the Haryana Urban Development Authority Act, 1977 for planned development of cities in Haryana. [7] On 1 June 2017, the cabinet of Government of Haryana headed by the Chief Minister Manohar Lal Khattar decided to rename it to the Haryana Shahari Vikas Pradhikaran (HSVP) because HUDA sounded similar to the surname of former chief Minister Bhupinder Singh Hooda. [1] Due to lack of co-ordination between Urban Estates Department and other departments of the Government of Haryana, the growth of estates started slowing down. Besides, as the Department had to follow the financial rules and regulations of Government, the arrangement of funds and sanction of estimates used to take a long time and the development works did not keep pace with the required standards of physical achievements. It was also felt that being a Government department, it was unable to raise resources from various lending institutions although there were many financial institutions in the country to finance urban development programmes. The Urban Estates Department was not effective in achieving its defined goals of planned urban development to the satisfaction of the public at large. Thus, in order to over come all these difficulties and to achieve the expeditious development of urban estates, it was felt that the Department of Urban Estates should be converted into such a body which could take up all the development activities itself and provide various facilities in the Urban Estates expeditiously and consequently the Haryana Urban Development Authority came into existence on 13-01-1977 under the Haryana Urban Development Authority Act, 1977 to take over work, responsibilities hitherto being handled by individual Government departments. 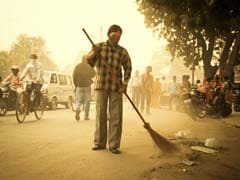 HSVP is expended as Haryana Shehari Vikas Pradhikaran. HSVP is a statutory body of the Haryana Government that process 30 urban estates across the state. To handle the work, HSVP has divided the districts into 5 zones. Additionally, the authority has divided into 12 departments which are responsible for establishing a planned and secure development and maintenance in urban areas of Haryana. This development and maintenance include residential areas, industrial areas, commercial areas as well as institutional areas. J Ganesan is the Chief Administrator of HSVP. The Minister of Town and Country Planning Department, Haryana is the Chairman of the authority. The headquarter of the authority is situated in Panchkula, Haryana.
Lists of the areas with the information of new sectors going to be setup in coming six months:-