The third design of the ₹10 coin, minted since 2011 features the lettering “भारत” on left and “INDIA” on right on the outer ring, and the year of mint and mint mark below. At the center part of the coin’s obverse is the Lion capital with the lettering “सत्यमेव जयते” below it. On the reverse it features 10 notches with the ₹ sign below it, and the number 10 below the ₹ sign. [6] [7]
The mintmark is featured at the bottom on the obverse of the ₹10 coin. [6] 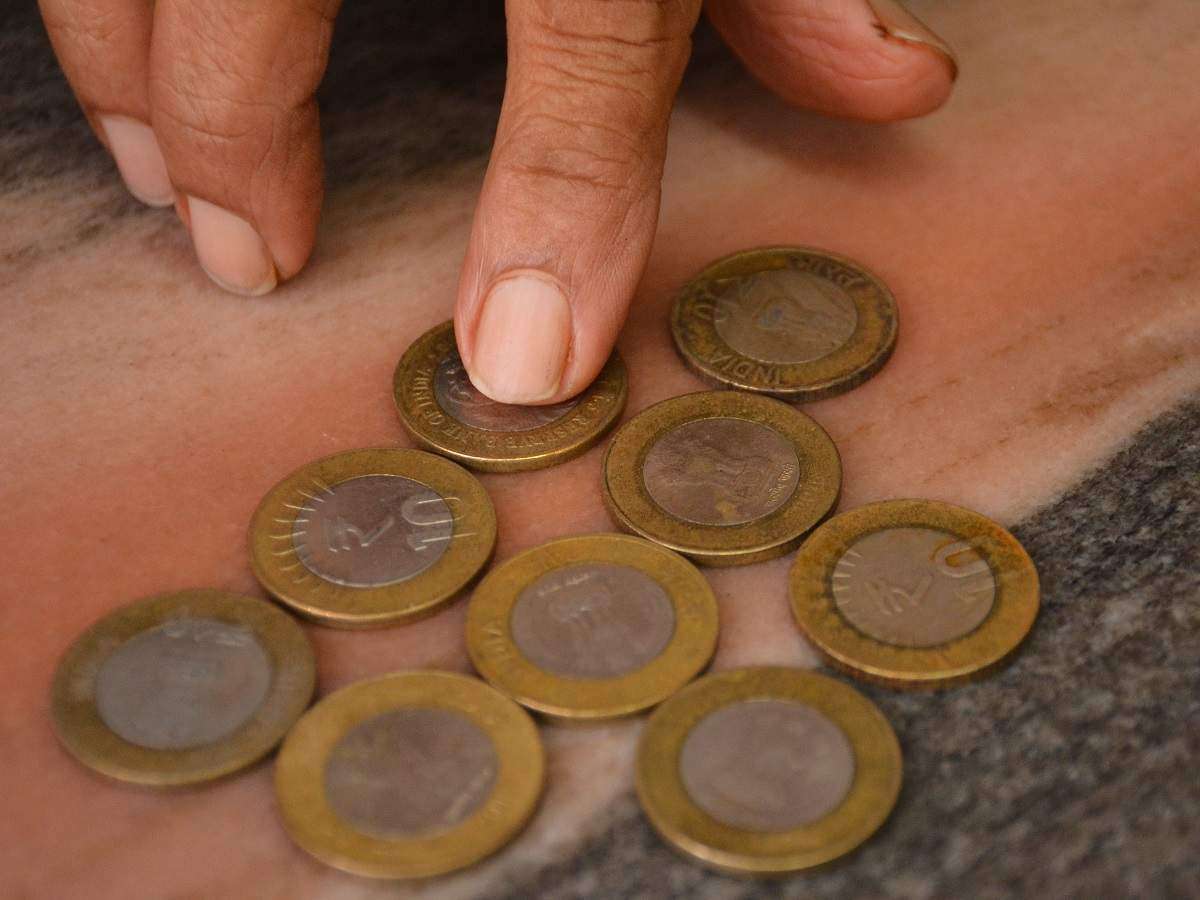 People even visited banks to exchange the coins for notes.
“Passengers do not want the Rs 10 coin. I try to reason with them but to no avail,” said Anurag Yadav, who drives an auto rickshaw in Delhi.

Recently, fake news about Rs. 10 coins made waves on social media and WhatsApp that claimed an enormous number of fake coins had been dispensed in the market by Pakistani agency ISI. As anyone would expect it, this rumor fired a fury in the market, and the shopkeepers and vendors started to refuse the ₹ ten coins in the transaction. The condition went so worse that RBI had to come forward to issue a statement regarding this.
In June 2016, as the RBI issued a new version Rs. 10 coins, rumors floated on social media that claimed the newer coins published by the government would be phased out by RBI. Another rumor claimed that fake coins in two designs have crashed into the market. The Reserve Bank of India (RBI) has on a number of occasions has dismissed the rumors of counterfeit currency of Rs. 10 coins in circulation. In September, it RBI issued a statement that stated, “The Rs. 10 coins are very much in circulation and those refusing to accept it could face legal action”. Now RBI has also asked people not to give attention to hearsay and continue to take these coins in all their transactions. “Nothing of that kind has happened. We have not even thought of it; People should not hesitate in using the coins for transactions as these coins are legal tender.” RBI spokesperson Alpana Kilawala said.